A BETRAYAL OF AMERICAN TOLERANCE 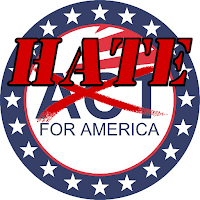 The June 10th marches against Islamic religious law organized in various cities by the group ACT for America, reveal a fundamental lack of knowledge of both religion and law that the founders of American institutions possessed and demonstrated. The organization long since identified by the Southern Poverty Law Center as a hate group, considers Islamic canon law (i.e. Sharia, pronounced Shaa-ria) to be incompatible with Western democracy (a charge repeated by recent presidential candidate Ben Carson), and a covert tool being used by Muslims for a takeover of the country, resulting in the social, political, and religious subjugation of our fellow Americans. This is not only fear-mongering of the worst kind, but a betrayal of American religious tolerance that prefers sympathy and resilience over endurance, and rejects bigotry.

The fact of American life is that by design the U.S. Constitution serves as a barrier against any religious law subsuming not only other faiths, but also the civil law by which the nation is governed. Additionally, there exists in virtually every major American city, artistic monuments to her recognition of the contributions of Islamic legal, scientific, and cultural tradition to the advancement of humanity.

Regardless of whether or not this is well-known to many Americans, the fact that ACT for America’s marches and rallies were met by thousands of counter-protestors throughout the land – notably including people of various faiths - is evidence that there still exists within the American spirit a committed tolerance towards religious diversity, and a recognition of the validity of the canon law of Islam, as with that of Judaism and Christianity.

In New York City, as noted in a previous N.Y. Times article, a sculpture of The Prophet Muhammad once stood beside depictions of other religious figures globally regarded as law-givers, in front of the Appellate Division Court House on East 25th Street in Manhattan (A Statue of Muhammad on a New York Courthouse, Taken Down Years Ago, New York Times, January 9, 2015). The stone figure held both a Qur’an and a sword (representing law and justice). Although removed in 1955 in response to a concern expressed by the nations of Indonesia, Egypt, and Pakistan that figurative art was an offense to Muslim sacred tradition, no one ever disputed the respectful religious intent of the portrayal.

The same applies to another such figure molded within a frieze created and placed in a chamber of the U.S. Supreme Court building in Washington, D.C. in 1935.  That particular artistic rendering also included a representation of the Prophet Muhammad holding a Qur’an and a sword. Although in 1997 some Muslim American leaders once again objected to the image for the same ethical reason as the statue in New York, then Supreme Court Chief Justice William Rehnquist declared that the depiction of Prophet Muhammad "…intended only to recognize him ... as an important figure in the history of law..." The inclusion of Islamic legal tradition in the home of the nation’s highest court remains in place until this day.

A different but similar sculpture clearly identified as a symbolic representation, is to be found on the north facade of The Brooklyn Museum, east of its pediment, facing the famed Eastern Parkway in the “borough of churches”. There a statue entitled “The Genius of Islam” appears, as does the name of Muhammad elsewhere, carved into stone beside the names of Moses, Isaiah, Jeremiah, Zoroaster, Buddha, and various other religious and philosophical figures considered lawgivers to the ancient world.  It is quite possible that the creative minds that produced such works were informed by knowledgeable legists that many American secular laws, among them those regulating tort, inheritance, criminal, and contractual matters, have a Biblical origin that finds resonance in the laws of the Qur’an.

Further, a figure paying homage to the scientific contributions of Islamic culture to the world, such as those in the field of physics, is part of a mural that decorates the rotunda of the Library of Congress. “The Evolution of Civilization” was created in 1896. Those believing that such institutional tributes are the product of some past political naiveté will note that a verse from the Qur’an has been publicly and prominently displayed in the Words of Justice entrance wall at the Harvard School of Law since 2012 – more than a decade after 9-11.

Culturally, several houses of worship and theatres exist in New York City, and throughout the nation and world, built in a style known as Moorish Revival Architecture


It harkens back to Cordoba, Spain (where Christians, Jews and Muslims lived in a flourishing 800 year civilization ruled by the Muslims). In New York those buildings past and present include several synagogues, and even the famous New York City Center. The edifices project Neo-Moorish imagery and contain transliterated Arabic language greetings such as “As Salaamu Alaikum” (“Peace be with you”) inscribed on their walls.

Perhaps the creators of these varied tributes to tolerance and inclusiveness had a confidence in the solidity of American tradition that some of today’s self-avowed patriots lack. It might be true that when the 1965 Immigration and Nationality act was passed in the U.S. Congress and signed into law in the 20th century, it wasn’t envisioned that millions of Muslims from around the world would subsequently migrate to an America that is constantly evolving past the notion of existence solely as a White Christian nation (if it was ever that). But Muslim immigrants to America subsequently joined the descendants of the nation’s earliest, non-immigrant Muslim people (i.e. captive Africans), in a unique democratic experiment designed not to destroy America, but to build it. 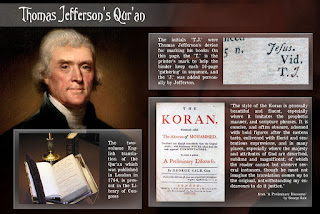 Fortunately, Thomas Jefferson’s political vision was considerably broader than those of 21st century Islamophobes. The nation’s 3rd president expressed in the preamble to the Virginia Statue on Religious Freedom, written in 1779, that the Founding fathers intended for American civil law "…to comprehend, within the mantle of its protection, the Jew and the Gentile, the Christian and Mahomedan (a Western old usage word for Muslim), the Hindoo, and Infidel of every denomination."

Perhaps the copy of an English translation of the Qur’an Jefferson purchased during his law studies, contributed to Jefferson’s enlightenment as to the virtue of religious liberty. In 2007 when Keith Ellison - the first Muslim American congressman- was sworn into office, he did so with his hand on Jefferson’s Qur’an, instead of his Bible. Ellison later declared that taking the oath of office in that manner demonstrated “…that from the very beginning of our country, we had people who were visionary, who were religiously tolerant, who believed that knowledge and wisdom could be gleaned from any number of sources, including the Quran. A visionary like Thomas Jefferson was not afraid of a different belief system".

He further stated, "This just shows that religious tolerance is the bedrock of our country, and religious differences are nothing to be afraid of."  Apparently like so many Americans, the congressman not only understands something about the Qur’an as a book of both law and religion, but he, they, and we, cherish the value of American religious liberty, tolerance, inclusion and diversity, that the members of ACT for America and their supporters have yet to comprehend.

Imam Al-Hajj Talib ‘Abdur-Rashid is the religious and spiritual leader of The Mosque of Islamic Brotherhood - a Harlem, NYC based congregation. He is the former president of The Islamic Leadership Council of New York, and the current Vice-President of The Muslim Alliance in North America.